Two years ago I interviewed a well known author who objected to the verbatim written form of their verbal statements. It put me in a difficult position since I did not agree with them about their representation of the veracity of the interview.

Looking back two years later at our emails I see we were arguing over what the author thought they had said, and what in fact I had written down, after I had carefully reviewed and transcribed our conversation.

As a result and as they requested I agreed not to publish the verbatim Q & A..

I was in a difficult position however since I had spent a lot of time preparing for the interview, and also on conducting it, thus I decided to use some of the material I had collected.  I took it and wrote a comparative critique between the two of us drawing parallel distinctions with respect to our mutual backgrounds. I did so stating similarities and contrasts that a reader might find in the fiction we both write.

I decided to take a chance and  not to run it by the author since it seemed that no matter what I said or explained to this author, I knew we would not agree.

Based on the copyright laws quoted below I know I could have gone ahead and published the original Q & A, but in deference to this author I did not.

“Specifically, courts focus on the interviewed person’s speech as an “idea” or “procedure” which copyright law does not extend over. Thus, persons participating in Q & A sessions have no copyright to their speech and cannot claim infringement if their words are taken out of context. Speech itself is merely an idea and copyright ownership over “the spoken word runs afoul with first amendment freedom of speech and freedom of the press protections.”

The very next day after I had published my own very bland and I thought comparatively boring piece, the author tweeted up a storm about me. These tweets included statements such as“PERSON is an indie writer who works for a nothing publication….Harley didn’t use an audio recorder, and barely took notes.”(Correction I took detailed and extensive notes and this author knew that since they saw them. They were by the way referring to Medium as the nothing publication.)

After this stream of tweets became public I was heavily attacked by this author’s fans both on twitter and Reddit: 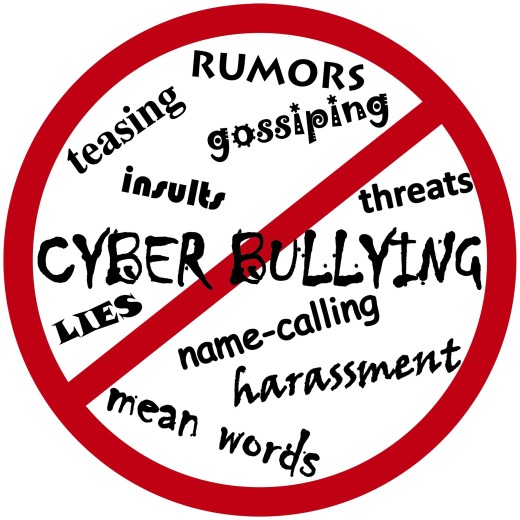 But man, that interviewer/author doing the ninja promo and getting that far…that’s probably the most effort I’ve ever seen anyone make on bad self-promotion. And I’ve seen an author “edit” people’s work on the comments on Wattpad (a lame attempt to get them to check out his work because he was oh-so-knowledgeable).”

Loved the line where the author is talking about why she doesn’t write an autobiography and writes that, “I explained to her that I didn’t think my life was nearly interesting enough.”From reading the “interview”, I’d say that she’s right.

Yes, I’m sure that Orbit, Tor, Harper-Voyager, and Del Rey were all interested in the book and she “withdrew it” to go with an e-book publisher.Then again, this lady is clearly nuts, so who knows.

This is so out of order, but so hilarious at the same time.

Does the interviewer even realise that they’re doing this? It’s so narcissistic and opportunist that it actually reminds me of the villain from my own book. You see, mines was a humble beginning…

Is it Friday? Am I drunk already? I can’t think of anything else that would explain what I’m reading and how this “interview” is set up.

Other possible scenarios: Aliens. Taco Bell for lunch. This is all a dream. Too much Benadryl this morning. Have died, afterlife not what I expected.

I was reading xxxxx comments about the interview on Twitter earlier today. I was expected just a really bad interview. This was so much worse than I imagine. It’s equal parts hilarious and agonizing.

As xxxxx mentioned on Twitter, Harley didn’t use an audio recorder, and barely took notes. No wonder that she can only bother to speak about xxxxxxx work in the most banal generalities (but she remembered xxxx first name, so, like, 100 points for that).

Ok, so that’s a terrible interview — no question, and it crosses a lot of lines (mostly in regards to self-promotion). BUT… it seems to have brought a lot of authors out of the woodwork, kvetching about how most interviews are terrible. I’ve seen a lot of writers complaining that the interviewer:

These are all true. And as someone that’s done a lot of interviews (many of which were ‘bad’!), you know what? Interviews are fucking hard work.

To do all of that does require reading the book, probably reading the author’s other books, researching their life (especially other interviews), composing questions, organising a recording date, conducting the interview, transcribing the interview, editing the interview and then getting it live. That’s a lot more work than writing a review would be. Transcribing alone takes hours of very, very boring work. And if you’re trying to get all this done by a deadline, it can take over your life.

Odds are — especially in the SF/F book world — the interviewer is an unpaid or underpaid blogger. So, absolutely, a great interview would be fantastic, but it is very hard to justify that amount of labour. Don’t expect LASERDRAGONS.BLOGSPOT.COM to be The Atlantic. It pays a lot less. Hell, even an interview gig for the (few) paying sites or genre magazines vary rarely balances out this investment of time.

Which is to say, I agree with xxxxx that vetting is everything, because if you agree to do an interview with — say, an enthusiastic amateur and not a paid journalist — you probably are going to have a ‘bad’ interview. But there are good reasons for it.

Now reviewing this incident two years later, there is probably a lesson to be learned here.

A fellow well-known journalist gave me good advice at the time and in retrospect, I should have taken it:

I would add though- don’t let this make you afraid to challenge an interviewee (even at the risk of upsetting them). If they get upset, they get upset.

I can say on the positive side however that I went on to interview three very well known writers, all of whom could not have been more cooperative, respectful and warm.  In these cases in order to have verifiable notes I recorded and had written interviews with them.

Thus my advice to any writer who decides to interview famous people is to get their answers to your questions in written form or record them. Had I done that perhaps there would have been no arguments about what had been said or not said.

4 thoughts on “SHOULD I HAVE BINNED THIS?”